On August 11, 2008, Elvia Collado was 22 years old and working  as a counselor for developmentally disabled kids while attending college at night. That was the day she died when Waldo Vargas, her boyfriend of three years, crashed his car while driving intoxicated on the Belt Parkway at Springfield Boulevard in Queens. He lost control, hit a tree and killed Elvia who was a front seat passenger wearing a seat belt.
The Crash Scene: 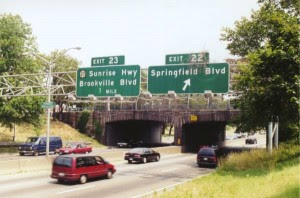 Ambulance personnel responded quickly. Elvia was extricated from the car and rushed to Jamaica Hospital where doctors intubated her and prepared her for surgery to explore what appeared to be massive internal injuries. Tragically, she could not be saved and Elvia was pronounced dead about three hours later.
As administrator of her daughter’s estate, Elvia’s mother brought a lawsuit against Vargas seeking damages for her daughter’s pre-death conscious pain and suffering.The defendant answered the lawsuit denying liability and asserting nine affirmative defenses.
Liability was not a serious issue as Vargas pled guilty to vehicular homicide and eyewitnesses estimated he was traveling at as much as 100 miles per hour. The trial judge therefore directed a verdict in plaintiff’s favor.
At trial, the Queens County jury awarded $549,000 as follows:
The entire award has been affirmed in Espinal v. Vargas (2d Dept. 2012).
Plaintiff was able to prove that there was pre-death conscious pain and suffering based upon the following testimony of an expert pathologist, William Manion, M.D.:

Some of our clients have suffered these kinds of injuries due to a serious accident. The Garcia Law Firm, P.C. was able to successfully handle these types of cases. For a free consultation please call us at 1-866- SCAFFOLD or 212-725-1313.
Posted by Rene G. Garcia at 10:03 AM